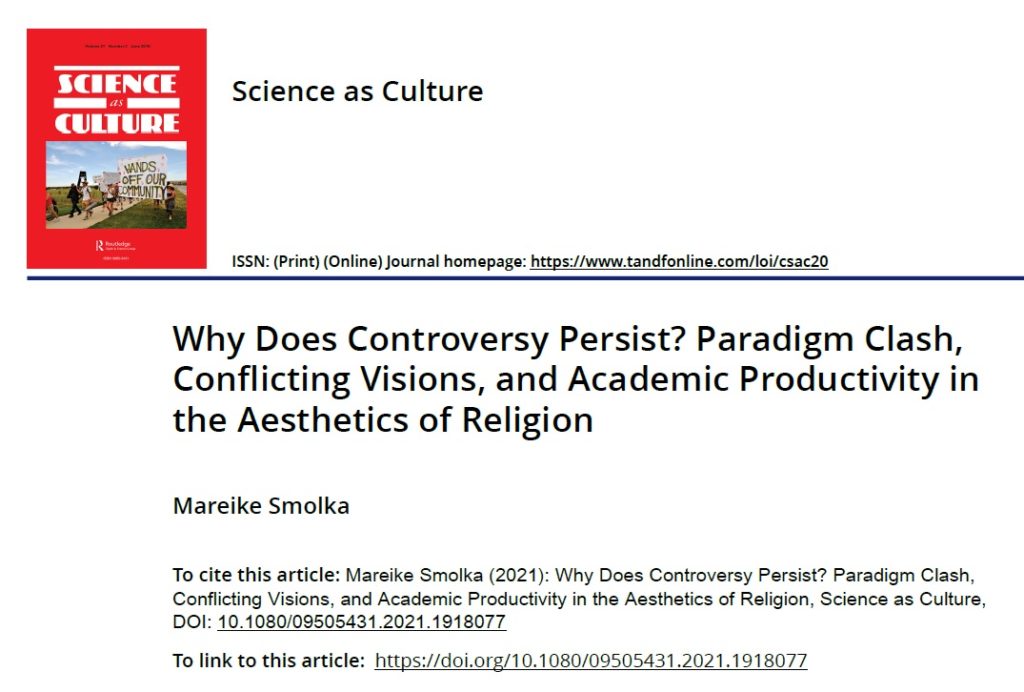 The genre of controversy studies in Science & Technology Studies distinguishes between ‘internalist‘ and ‘interactional‘ controversies. Interactional controversy studies highlight that debates involving multiple stakeholders with competing interests often evade closure. Research on internalist controversies focuses on how a ‘core-set’ of experts manages to resolve arguments about knowledge claims. Yet, internalist controversies do not always reach closure; dissent may persist while scientific work continues. A controversy within the German research network AESToR has persisted for several years, with periodic outbreaks and without impinging on academic productivity. AESToR pioneers the aesthetics of religion in religious studies; members have debated how to relate cognitive with cultural approaches to the study of religion. Three analytical perspectives – paradigm clash, conflicting visions, and productivity – explain why controversy persists in AESToR. Controversy is fuelled by conflicting visions of connectivity, competence, and ethics. These visions are informed by and give rise to a clash between paradigms: Kulturwissenschaft and Naturwissenschaft. The controversy persists because there are conflicts between views about epistemology, morality, and the future of the aesthetics of religion. Moreover, keeping the controversy alive stimulates productivity in terms of academic output and epistemological pluralism. Rather than closing the debate, participants have a stake in keeping it going.